Washington: One of the United States’ top health officials has contradicted President Donald Trump’s promise for a coronavirus vaccine by mid-October, telling Congress it may not be available until well into next year.

Robert Redfield, the head of the US Centres for Disease Control and Prevention, testified before Congress on Thursday (AEST) that a vaccine might be available by the end of the year for some medical workers but would not be widely available until “the second or third quarter” of next year.

Robert Redfield, director of the Centres for Disease Control and Prevention (CDC), testifies at a Senate Appropriations subcommittee hearing on Capitol Hill in Washington.Credit:Bloomberg

He said it would take six to nine months after authorities approved the vaccine before it could be distributed nationally, meaning it would only become widely available in the middle of 2021.

After Redfield’s testimony, Trump told reporters: “I think he made a mistake when he said that.

“It’s just incorrect information and I called him and he didnât tell me that and I think he got the message maybe confused, maybe it was stated incorrectly.”

Trump believes the development of an effective vaccine would create optimism about the country’s ability to emerge from the crisis and boost his re-election chances on November 3.

“Weâre on track to deliver and distribute the vaccine in a very, very safe and effective manner,” Trump said.

Centres for Disease Control and Prevention boss Robert Redfield, right, said masks may be more effective prevention against the coronavirus than the vaccine. Credit:AP

“Weâre not looking to say, ‘Gee, in six months weâll start giving it to the general public’. No, we want to go immediately.”

In a speech earlier in the day, Democratic presidential nominee Joe Biden warned against any efforts to rush out an unfinished vaccine ahead of the election given the potential for harmful side effects.

“Let me be clear: I trust vaccines, I trust scientists, but I don’t trust Donald Trump,” he said.

“Scientific breakthroughs don’t care about calendars any more than the virus does. They certainly don’t adhere to election cycles and their timing, their approval and their distribution should never, ever be distorted by political considerations.

Trump, who has repeatedly made overly-optimistic health and economic predictions during the pandemic, also clashed with Redfield over the effectiveness of masks as a way to stop the spread of the virus.

Redfield told the Senate that masks are the “most powerful public health tool” the nation has against the virus and might even provide better protection against it than a vaccine.

“We have clear scientific evidence they work, and they are our best defence,” Redfield said. “I might even go so far as to say that this face mask is more guaranteed to protect me against COVID than when I take a COVID vaccine.”

But Trump replied: “I hope that the vaccineâs going to be a lot more beneficial than the masks. As far as the mask is concerned, he made a mistake.”

The US Food and Drug Administration has said that it will approve a vaccine if it can be shown to be safe and at least 50 per cent effective.

“If I donât get an immune response, the vaccineâs not going to protect me,” Redfield said. “This face mask will.”

Over the weekend Pfizer chief executive Albert Bourla said the firm could potentially distribute a vaccine to Americans before the end of the year if it was found to be safe and effective. He expects to have key data from its late-stage trial to US health authorities by the end of October.

Our weekly newsletter will deliver expert analysis of the race to the White House from our US correspondent Matthew Knott. Sign up for the Herald’s newsletter here, The Age’s here, Brisbane Times’ here and WAtoday’s here.Â 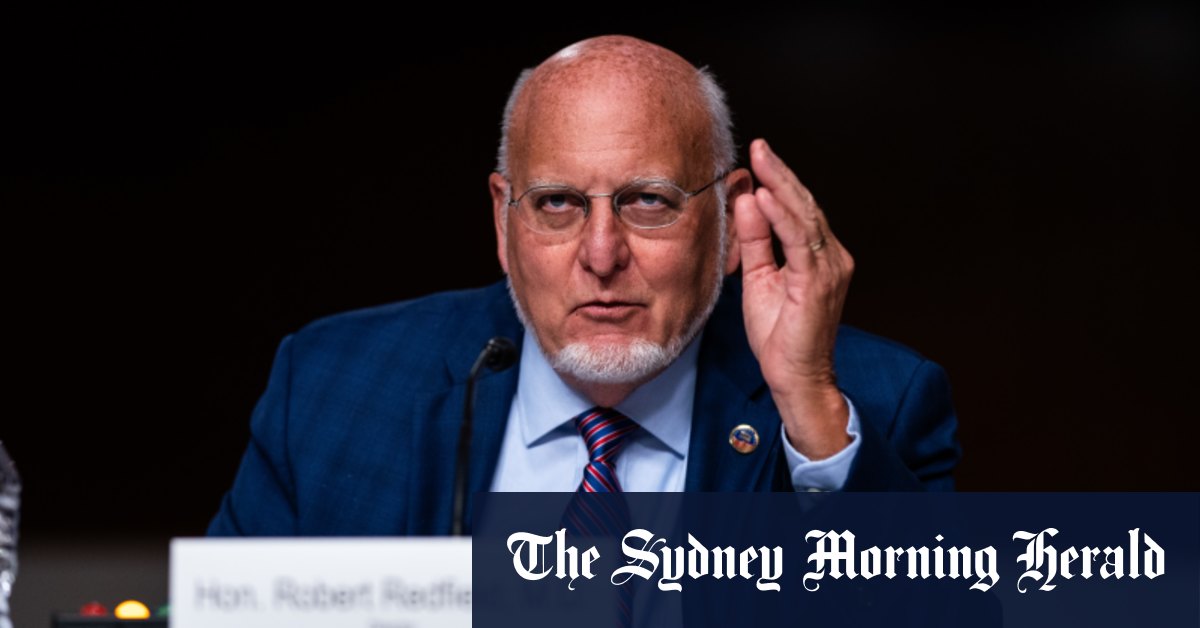 EBENE MAGAZINE - GM - 20 septembre 2020
0
Thousands of protesters gathered at Sanam Luang in Bangkok on Saturday ahead of a march on Sunday that organisers say will mark the formation of a “new People’s Party”.

EBENE MAGAZINE - GM - 20 septembre 2020
0
There was a moment yesterday, early in the first half, when each and every one of the few hundred people inside Old Trafford held their breath.Even Ray Lewington, whose south London accent bounced off
TRENDING NOW

World news – CA – Question of the Week: Who’s going to win it all?